Because I’m Not Busy Enough

I decided to completely update my website, including making phone and tablet versions on top of all the looming writing deadlines I currently have.

Check it out here: CandiceGilmer.com

HOWEVER, I wanted to talk about it, because I did it differently than I have in the past.

I used this new-ish program called Adobe Muse. (It’s been around about 3 years I think)

The program is new to me–I’ve always done my web work in Adobe Dreamweaver, because I can code when I need to code, but I can also drag and drop when I need to do that as well.

However, my coding skills are circa 2007, so anything new and fancy like those CSS sheets and reactive web sites are outside of my wheelhouse. 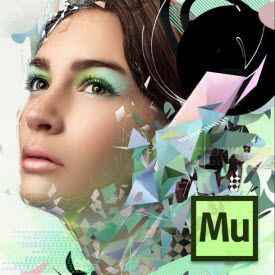 Stumbling around on the Adobe website (because I lease Dreamweaver, and I have been fantasizing about getting the entire Creative Cloud suite, and I just randomly check for new deals) I found Adobe Muse.

And let me say, they aren’t kidding when they say you don’t have to know ANY coding to use it.

I watched a lot of You Tube videos (Terry White is my favorite) on Muse, learning how to work with the program–it was great, because I not only learned how to do the basics, but I was able to learn how to do some fun, more creative tweaks to my site, like a lightbox that pops up on the home page, with my Newsletter signup form on the desktop version, (and I may add it to the mobile versions, not sure yet), and more reactive menus on the other versions.

I managed to build an entirely new site in about 15 days–and that was only working on it in the evenings, while watching Netflix.

No coding skill is necessary, you just pretty much place what you want in the site, and it sorts all the files, coding, CSS sheets, everything that you need and you just have to upload it.

The menus are easy to navigate and arrange as you would like, and the widgets (where you get cool features like prebuilt menus and lightboxes) are pretty self-explanatory.

Everything is able to be customized. I mean EVERYTHING. Colors, fonts, backgrounds–and don’t get me started on the fonts. There’s HUNDREDS of them to use. Possibly thousands. Every font I used on my site is something from their typeset collections. It was like candy land trying to navigate all the awesome choices.

And it’s super easy to add your own graphics and tweak them, because you make a master page (as many as you want, in fact) and they auto-update to all the other pages as you adjust them. I love that particular aspect as well.

It works like many of the other Adobe programs, so if you’re used to using other programs in the Creative Cloud suite, like Photo Shop, you can easily navigate Muse.

Also, the “Plan” stage was, in my opinion, awesome. It made a great work space to move pages around, and figure out which pages were worth keeping and which could be consolidated. Also, any switch I made to the page order was immediately adapted to any menu I’d built, everything moved very flawlessly.

If I was building a single page site (which a lot of companies are going to) that just scrolled, the Plan page would be useless. But since I built a site with a ton of pages and content, (highlighting each book individually) this view option was great for me.

Also, because I’m fickle, and what works for me this week won’t work for me next week, I can easily put a new header and footer up to visually change the site with ease, since every page is built with Master Pages.

Now, there are a couple of cons for me:

The biggest one being that I had to build my website pretty much from scratch 3 times–one for the desktop, one for the tablet version, and one for the phone version. As I made each new version, I was able to copy the pages from the previous version, but the content didn’t come, only the pages and their names.

I must mention, though–many of the pages had the same content, and it was a matter of copy/paste to move the text over, and just resize the boxes to fit the new page. So that was easy. Just time consuming. (And to explain how many pages my site has — 67 pages, but the phone version eventually will have more pages, bumping it to probably closer to 90 when I’m done)

The only other major issue I’ve had–and am still struggling with–is the contact form. I am sure I’ll figure out what I have to do. I’m pretty sure it’s a communications issue between the site and my hosting and most likely it’s some stupid little toggle that I need to check in either my stuff or online in my hosting.

Was there a learning curve? Yes. It took a bit to adapt to the overall styling and figuring out how to work in it, since I’m not a Creative Cloud user, which was frustrating at times. Especially since I knew that the program would do what I wanted, I just couldn’t remember how to make it do it. So I’d go back to watching videos again.

Overall, though, the pros really did outweigh the cons.

If you’re interested in building your own site, but want to step away from Word Press, take a look at Adobe Muse. They have a 30 day free trial, you can play around with it, watch a few basic tutorials, and you might find a new program to use.