Aug 23, 2013 | Before His Eyes, Do The Math, Fairy Godmothers, Fantasy Girl, Finishing a Book, Goals, Guys and Godmothers, HEA, Joy in the Writing World, My Books, Projects, Scheduling, The Reluctant Prince, Working on Writing 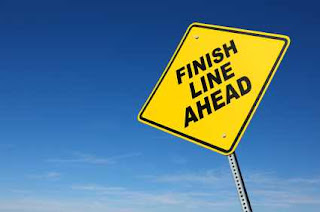 I’m really excited because I’m getting so close to finishing the third Guys and Godmothers book. I had wanted to get it done early this summer, but with the kids home from school, it made writing a lot harder than I initially assumed.

Why would it be hard? They’re just ten feet away, playing, squealing, and watching Sponge Bob Square Pants.

The final book in the series (unless my editor puts the thumb screws to me) will be finished in a few days, and turned in a week after that. I have to give it a final run-through to make sure I’m happy with it. I’ve marked several sections that I’m considering deleting because they really don’t add much to the story. One particular scene adds too much, so I’m thinking if I cut it, it’ll make the story a little more mysterious.

And a little mystery always makes the story go by better.

Then I can move on to the other two projects I wanted to get done this year–two contemporaries that go along with Fantasy Girl and The Reluctant Prince. They’ll still be “stand alone” books, but they will be the same world, and some characters from Fantasy Girl and Prince will be making  modest cameos.

(Shh, don’t tell… One of these projects will be Bella’s book…)

I am hoping I can finish them both this year, because I have a full schedule of stuff I want to do next year as well. I’m trying to get myself on a regular release schedule, where I’m releasing a new book four times a year. Some of these books will be re-releases of previously published works–updated, and in some cases, longer.

(Shh, don’t tell… My Immortal Knights Templar will be coming back with a vengeance.)

Regardless, this is a very exciting time for me as a writer, because I feel more like a “working writer” than I ever have before, thinking about what I do beyond the current book, and paying attention to schedules.

I’m shooting for four book releases a year for the time being, but maybe in the future, I could even release more at a time??? Hmm… We shall see. Four books a year is pretty daunting as is.

I’m not as prolific as some people I know, but I’m working on it.