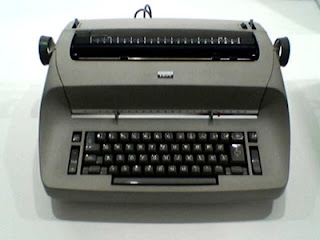 It’s a weird part of the backwash of writing… The brain “resets” after finishing a project, or a series, and now it’s like I’m doing a system reboot that takes days to upload and implement.

Oh sure, I get little snipits or wisps of dialog that could be from another project that I want to work on, but it’s never all the same projects.  Like my muses are all pushing forward for attention, to see who keeps mine long enough for me to pick up their project.

Which means now I’m going to go back through all my files, read bits and pieces of the several projects I want to work on, see which ones jump off the screen at me. It’ll take me days to figure out exactly what I need to work on now. I have old stuff I’m going to rework and re-release. I have new stuff. And I have unfinished stuff that I always wanted to finish.

And I’ll be the first to admit I’ve made schedules and plans, but when the time comes, sometimes, you just don’t feel the story as much as you’d like to when you get there.

Some of my writerly friends take a day or two, maybe watch a marathon of their favorite TV show or movie series, something to get them completely out of the writing mode.

I don’t get that option too much, because my time is so limited being a writer. Sure, I stay home during the day to write, but my time alone is precious. And I feel guilty lying on the couch and watching a movie marathon, when there’s always house stuff to do as well.

Part of that, I’m sure, is my own guilt at being a stay-at-home mommy, and feeling like I need to have EVERYTHING done all the time, because my husband gives me this amazing gift of being able to stay home during the day and do this job. I know so many people who aren’t blessed with such a gift.

Are we super rich? No, not even close. However, he’s never faltered about me staying home to write. And that’s a huge blessing, something that I can’t thank him enough for.

So as a result, I like to utilize my writing time as much as possible. I don’t ever want my hubby to think I’m wasting his time, when I could be out there, working 40-50 hours a week like he does. There are enough people in my life who do think I’m “lazy” for being home and not out in the work force. (Those people I try to ignore as much as humanly possible, though).

Of course, I must add, I’ve always done whatever the heck I wanted to do, regardless of what others think about me. But still, there’s that nagging voice in the back of my head. The one that pushes me further on my path, because I don’t want to be a “lazy bum.”

Which brings me and my babbling back around to–what do I do now that I finished this book and the series?