And today, to celebrate, I’m giving away a copy of JUST HIS TASTE (Or any of my backlist, if the winner already has it) to THREE LUCKY PEOPLE!

Seriously, that’s all you gotta do… Comment to win. 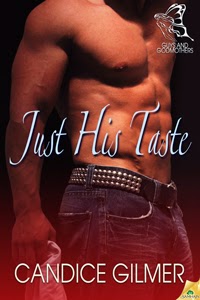 Just His Taste,
Guys and Godmothers, Book 3
Avalynn Fay is not a typical Fairy Godmother. She wears leather body suits, rides motorcycles, and prefers bourbon to anything fru-fru. Probably why she is assigned new charge, Jason Gregorian—a PI who drinks bourbon and loves to cook barbecue.
Jason’s a good guy. Generally decent. Even willing to pretend to be his ex-girlfriend Tessa’s date for a wedding, so she won’t be alone while her ex struts around with his latest squeeze on his arm.
Should be easy, right?
All Ava has to do is talk to him, feel him out a bit, and she’ll know exactly how to get the wheels in gear. Except when she meets Jason, suddenly no one is good enough for him. Not even Tessa, his intended Happily Ever After.
It’s enough to make a fairy godmother want a healthy shot of bourbon—right before she breaks all the rules.
Warning: Contains a fairy godmother who’s ready to spread her wings—and maybe a few other appendages—for a mortal hot enough to make her drive her motorcycle right off  the road.

Ava took a good look at her charge. Okay, so it was selfish, because she wanted to appreciate that fine—

Wait. What the Hades?

Ava stared harder at Jason. Rather, at Jason’s aura. And the miniscule silvery-blue lines flickering in it.

So observant of the lines that shouldn’t be there, she didn’t realize Jason had actually moved.

“Oh hey.” Jason spun and in a flash had his arm on Ava’s, and stopped her from tumbling
to the floor.

Ava pulled out of Jason’s grip. Because as soon as she looked in his eyes, telltale veins
of Cupid’s serum flashed. More than just the silvery-blue of his love potion. A second one
wound around in minute detail. Like he’d used a double dose or something. One with a
greenish hue.

“Son of a bitch,” she snapped. As Hera is my witness, I will friggin’ snap Cupid’s neck. There was only one answer for those kinds of hues in a mortal’s aura. Not only had Cupid shot her charge with one of his freewill-bending arrows, he’d added a memory charm to the mix.

Ava shook her head, and this time when she met her charge’s eyes, recognition flashed.

Hard and fast. He didn’t let go of her arm, and for every second of contact, the recognition got brighter and brighter.

And the green in his aura fizzled out. Ava’s heart pounded like it would burst out of her chest like some parasite alien.
Because Jason recognized her, even in her downplayed getup.

“Ava,” Jason whispered. Then he tipped his head to the side. “Ava?”

She forced a smile on her face. “Hi.”

“Girl, if a man in a tux wants to buy you a drink, do it!” a woman in her forties stage whispered
at Ava.

Ava blinked. Then glanced back at Jason. And tried not to think of the thousand reasons why she shouldn’t be having coffee with her charge. Like the attraction that sprang to the surface in him. Or her own bursting attraction that she’d thought for sure she had a handle on.

“Yeah, uh. Okay,” she heard herself saying before she realized what had come out of her
mouth.

Available at Samhain Publishing, Amazon Kindle, and Barnes and Noble

Leave a comment, and be entered to win a copy of JUST HIS TASTE!

It really is that easy! (Winner will be announced tomorrow morning… Posts count until midnight CST tonight)