Man of Steel–Was It That Bad?

It wasn’t. (Yeah, we’re really behind on watching new movies, but that’s beside the point… We have Netflixs now, it’s going to get better, we hope.)

It was a very dark place, it came from a darker side to Superman, and honestly, things that I had always wondered about, were addressed in the story.

The biggest one being how Clark grew up with his powers. As a parent, I have wondered about that–there would have been signs early on. Things would have happened, and there’s no way that Clark, being a genuinely good guy, would have stood by and let happen, when he could have helped.

Surely Clark Kent didn’t spend his life having powers, and it be EASY for him to handle. There had to be some issues, being all different and stuff. 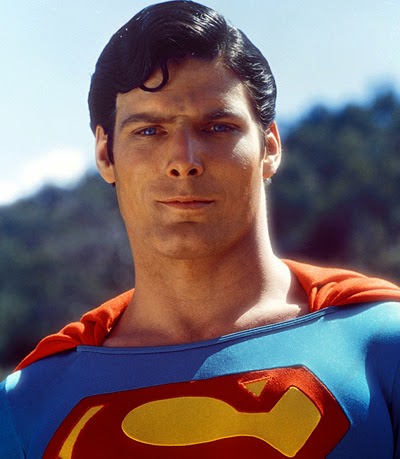 Man of Steel answers that, in a couple of very poignant scenes.

Superman’s not supposed to be dark and gritty!

It wasn’t done the same way…

Here’s the thing, though.

You have to let go of the original movies with Chris.

I know… it’s hard. Mr. Reeve played a very good Superman. Charming, attractive, all those things that embodied the idea of what Superman was, especially in the comic books.

But Man of Steel is a different take on it. You have to let go of what you know, and go into the movie wide open, like you know nothing about Superman at all. I know I had a hard time in the beginning, because, well, it wasn’t the way the original was. I expected a remake of the original Superman. Not a completely different story.

And it was a good story. One you have to pay close attention to at the beginning to understand the end (which are my favorite kind), because there’s a lot of subtle stuff that you might miss if you’re, you know, wrangling kids, while trying to watch it.

Russell Crowe was good as Jor-El. He was. He wasn’t Brando, and I don’t think he tried to be. Of course, the way the movie played out, Jor-El had a much larger roll in the story than Brando’s Jor-El did. But it worked. It made sense, considering the far technological advances of Krypton.

Kevin Costner played a very good Mr. Kent–exactly how I’d expect a conservative farmer from Kansas (and I know, because I live in KS) to react toward Clark’s powers. I understood why Mr. Kent did what he did, and how he forbid Clark from using his powers–that Clark was meant for something greater, and the world wasn’t ready for him yet.

I also REALLY REALLY REALLY liked how Lois Lane was portrayed in this movie. Amy Adams (from Enchanted–quite a switch up in characters, btw) did a phenomenal job as the ace reporter. Why? Because Lois Lane acted LIKE A REPORTER for the whole movie. For a good portion of the movie, she’s trying to figure out who her mystery savior is, and when she does catch up with “Superman” the relationship they develop is much more believable, and much less “bad romance swoony” stuff.

(I’ve never been a big fan of the original Superman/Lois Lane relationship for a lot of reasons. The biggest being how Lois is always getting into trouble, and then seems shocked when Superman has to save her. Again. I was always waiting for Superman to chide her for her stupidity… On the bottom of an elevator, where there’s a bomb? Seriously?)

So Amy Adams did a great job, and I was very happy to see a more resourceful development of that character in this movie as well.

All in all, I really enjoyed it. I thought Man of Steel was very well done, and believe it or not, I’m looking forward to the new one, Batman Vs Superman. (May have to drag my husband kicking and screaming to it, but I do look forward to it.)