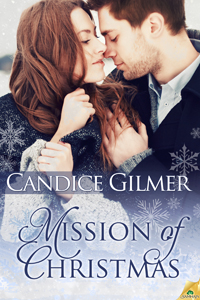 Okay, so I’ve been holding onto these for a while now, and after going back and forth about how to announce these, because, well, one is a Christmas story–Mission of Christmas (a reprint)–and I wasn’t sure I wanted to publicize it yet, so early in the year.

I mean, I felt weird about saying “Whoo hoo! Here’s my latest, a Christmas Story,” when the kids hadn’t even gone back to school yet.

So, needless to say, I held back. (Heck, I’ve been sitting on this beauty since March.) 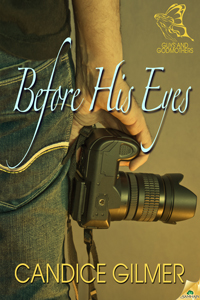 Then I got this email, with the finals for Before His Eyes, the second book in the Guys and Godmothers series, and I was rocking back and forth between showing it off, and publicizing it before I publicize the Christmas story. I know it doesn’t sound like a big deal, but it was to me. I wanted to really think about where to market the book, and how, and since Christmas stories rarely sell anytime but at Christmas, I didn’t want to push too far, too fast. So I considered pushing the Guys and Godmothers sequel first, though it comes out in February (tentatively), but that felt weird, because it wasn’t in the right order. (I think some of my husband’s OCD is rubbing off on me.)

Then, well, this thing happened.

Mission of Christmas is up for pre-order on Amazon and Barnes and Noble. And I knew if I didn’t do something, I’d be getting questions about why there’s this book on Amazon that’s not on my website yet.

So I decided to do a double-release of both covers.

Because their both beautiful, and I want to show off both their prettiness.

Here’s the blurby cover for each one:

There’s more than one way to unwrap a gift.

Erica Jones is a Scrooge, and she doesn’t care who knows it. She doesn’t “do” Christmas, never has, never will. For anyone who believes that everything is “merrier and brighter” during the season, she has a news flash—it’s not any better. Just colder.

Andrew Hawkins has never had a bad Christmas, never understood his best friend’s aversion to it. After all, it’s all about family and togetherness and faith, right? Instead, the faintest twinkle of tinsel or the whiff of evergreen sends Erica into self-imposed exile to watch the latest action movie.

Not this year. This year, Andrew is on a mission to find Erica’s Christmas spirit.

Even if he has to drag her, kicking and screaming.

*This is a reprint

Before His Eyes — Guys and Godmothers Book Two

Sometimes even a fairy godmother needs to call for backup.

When Fairy Godmother Lilly Bloom gets her latest assignment, the rules send her into a minor panic attack. She must bring two people together—using as little magic as possible.

Photographer Bruce Matthews has finally found someone who really, really gets him. He and Greta like the same things, laugh at the same jokes. There’s just one thing—he’s never actually seen her face to face. Her social media profile bears no picture.

Much as Greta Vandecall yearns to leave her small town and meet her online prince charming, secrets chain her to the past and force her to hide her face from the world. Secrets she knows would destroy the friendship she values most.

A steampunk convention seems to be the perfect way to meet face to mask. And in the excitement of the moment they connect in a very warm, real way. But cold, hard reality isn’t far behind. And if Lilly fails, this time she’ll lose her fairy godmother status. For good.