One Project VS Multiple 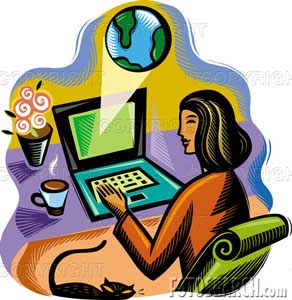 Ever just read something, and it’s short, sweet, but so profound that you’re sitting there going “Oh WOW YES! YESYESYESYESYES!”

Well, internally, you are, anyway.

Externally, probably don’t even move except for maybe a grin.

Playing on Facebook, I saw a note from friend Mandy Roth about a question she gets asked a lot–why does she do multiple projects instead of one at a time. (And if you don’t know Mandy, she writes A LOT. Like with several pen names, and has literally dozens of books out in contemporary, futuristic, western, erotic and straight romance genres.)  Her answer was, (and I’m paraphrasing of course) that she writes more than one book at a time, because if, for some reason, she isn’t feeling Project A at that moment, she works on Project B, because maybe Project B is resonating more for her at that time. As a result, she tends to have multiple books coming out throughout the year, because she finishes so many projects over the year.

What did I take away from that? What great epiphany did I get?

That it’s OKAY to work on several projects at once, that if one book isn’t doing it for me, then I can play around with another one, until I feel the first one again. As long as I finish all the projects in the end (that issue I’m still working on… We don’t want to talk about how many half-finished books I have) that’s all that matters.

I used to work on projects like that, and “learned” that it was not okay to jump around. Told over and over that I can’t work on more than one book at a time, because I’ll never get anything done.

As a result, I would write myself into a corner, find myself stuck on a story, and not know what to do. Then the book, which should have taken only a matter of a couple of months to finish, winds up taking half a year, because I’m making myself work only on that project.

Even when other projects are clamoring for my attention.

So this year, while I’m still aiming to get four books written this year, I’m not going to walk around stressing if I loose the mojo on Project A, because there’s always Project B, C, D, E, F, G… You get the idea.

There’s always other stuff I can be working on.  I’m going to try it. See if it helps me stay in the habit of writing every day.

Because, really, that’s what it’s about–not just writing, but writing every day. That is where my focus needs to be, and that’s what I have to work on this year. While I’m not bad, I don’t always write every day, (like I said, I get stuck/blocked/whatever), but I need to be better about that.

So thanks to Mandy, for reminding me that it’s okay to work on several at a time. (I doubt I’ll ever be able to produce what she does in a year, but if I can get maybe a third, I might be doing something, lol)