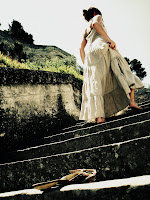 Ask most people who don’t read romance novels, and they will immediately slam the genre for being “smutty” and “predictable” because they only end in happily ever afters.

The “smutty” well, that’s a whole other blog post.

But the part about predictability? I feel like it depends on how you look at it.

I’ve read novels in many genres that wind up with happily ever afters in the end–mysteries, anyone?–but that doesn’t mean I would ever call the books predictable. Science fiction is notorious for having “happily ever after” endings as well. Not necessarily romantic endings, but usually the hero winds out on top, the bad guy is in the slammer, (or air lock, or vacuum of space), and life is better.

That, to me, is the definition of a happily ever after, whether romance is there or not, it’s more about the good guys winning, the bad guys losing.

Predictability, in the most general terms does mean that you know how it’s going to end. However, I know that I, along with countless other readers of genre fiction have read books, going in, knowing that the good guys will win, or the hero will win the heart of the heroine by the end, but how…

How is the author going to pull this together? How do you get there? That’s the joy of the story. Getting to the end. Cheering for the hero to win his battle, whether it’s defeating monsters in a space ship or winning the heart of the heroine, that’s what the journey is about.

Some books I read are about the relationships. Those are the books I read most, but it’s not all I read, and I see happily ever afters in many of them.

So when people call romance predictable, I get a little irritated, because romance isn’t the only genre in fiction that depends on its predictability. Mysteries, are, in essence, a happily ever after, because by the end, you know who did it. That’s part of the rules with mysteries.

And rules aren’t a bad thing.