So, What Ever Happened to That One Series? 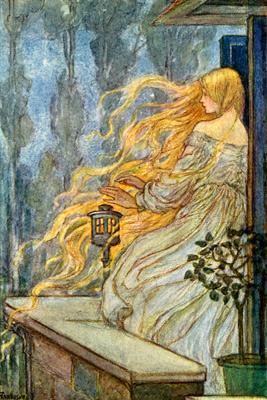 As a reader I’ve had this happen to me. I jump into a series, read, say book one and two, and find out there never was a book three. Or the series was canceled for some reason, and I only learn about it after I’m several books into the series, and very invested in the characters, and I’m left hanging.

As a writer, I’m learning that there are things that are out of the writer’s control that makes a series go on the back burner.

But, there are also things that makes a series burst forth from the ashes, as well.

I’ve gotten a few emails asking about what happened to the The Charming Nobles series, (my fairy tale retelling books, the first being Rescuing Rapunzel), and I figure it’s about time I said.

The first book, Rescuing Rapunzel, was published by Lyrical Press, and originally when I wrote the first one, I had every intention for each book to be released very quickly there after. Unfortunately, life/liberty/the pursuit of happiness got in the way.

At the time, I wasn’t sure when the rest of the books were going to be published, and I pulled away, instead working on the Guys and Godmothers Series, among other projects.

But never fear, Nick, Penn and Bryan are going to make a comeback, and save their fair maidens in the end.

I am currently working with a literary agent Tish Beaty from L Perkins Agency, and now that Rescuing Rapunzel’s rights have been returned to me, we will be shopping the series, looking for the best possible publisher for them.

Hopefully soon, I’ll have more information about the series, and what’s going on with it.