The Next Big Thing… 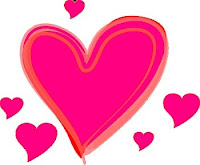 I was tagged by Laura Lee Nut (and I’m late… wow, so sorry! But here goes!)
Ten Interview Questions for the Next Big Thing:
1.      What is your working title of your book?
Under His Nose, Guys and Godmothers, Book One.
2.      Where did the idea come from for the book?
A Frustrated Fairy Godmother doll.
3.      What genre does your book fall under?
Paranormal Romance
4.      Which actors would you choose to play your characters in a movie rendition?
Hmmm, Roark would have to be Leonardo DeCaprio, because Leo has those eyes and there’s a sophistication about him now.  Stephanie would be Amy Smart, (Scrubs, Outside Providence), because she’s very pretty, but also looks (to me, anyway) like someone who doesn’t screw around and gets stuff done. The fairy godmother, Christy, would be Amy Adams (Enchanted, Night at the Museum 2–Amelia Earhart)–she’s just beautiful, and she could certainly take on my bad guy, Cupid. The bad guy, Cupid would be James Franco, because, well, James is handsome, but, just not quite right, and that’s how Cupid is.
5.      What is the one-sentence synopsis of your book?
Cupid’ s arrow hit Roark, revealing his love for Stephanie, but can his fairy godmother get them together without Cupid’s influence?
6.      Will your book be self-published or represented by an agency?
It is currently under consideration by several houses, and I’m just waiting to hear who will pick it up.
7.      How long did it take you to write the first draft of your manuscript?
About three months, I think.
8.      What other books would you compare this story to within your genre?
I have NO idea… lol. It has a comedic layer to it, like a Katie MacAlister book (one of my heroes), but there’s a great story there too.
9.      Who or what inspired you to write this book?
AE Rought. She made the Frustrated Fairy Godmother Dolls. JThey were very cute, when she was telling me the story about the dolls, I told her there was a book there. She told me to write it, because it was right up my alley. JSo I did.
10.  What else about your book might pique the reader’s interest?
Cupid is a hottie, and the “bad guy” in the story, because his arrows change free will, which goes against the fairy godmother code of conduct.
While they can encourage, the fairies cannot change the free will of their charges.
Cupid, and his cherub-minions, however, love to shoot their arrows, and make all sorts of trouble for humans.  Cupid swears his arrows do more good than harm, but the fairy godmothers think differently.
THis was quite fun, and again, I apologize for being late! But I’m here!
So, I’m going to tag the following friend for this:
1.     AE Rought
Thanks to Laura Lee Nutt for tagging me!