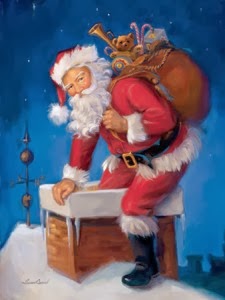 Yep, Christmas is on it’s way here in the Gilmer household.

Multiple packages arrive, and no one is allowed to open them but me.

Which makes a natural frustration from Hubby, because, well, he wants to open the boxes. But he can’t, because occasionally those boxes have stuff in them for him.

Not always, but sometimes.

Of course, all the shopping right now is frustrating for Hubby, because he’s the type that if he wants a thing, he buys the thing. He’s not one to wait for a holiday to get whatever it is he wants.

He also loves getting stuff for the kids, and lives to buy them trinkets all year long.

And I adore that he can do that.

I just don’t love it when it’s close to Christmas. When I’m trying to buy stuff for the kids, and all of a sudden, they go buy the same things I’ve already bought, that’s waiting to be wrapped, it gets frustrating.

Or when said stash is found, and someone wants to give the presents early…

Though I must admit, he’s getting better. He used to be terrible about buying the kids new toys a week before Christmas but he’s starting to see it my way. Buying them a bunch of stuff before Christmas takes the value out of having to wait for the Christmas presents.

And I know it’s tempting, but restraint is better…

Most of the time.

If you need some Christmas seasonal ebooks, don’t forget about: