Do you think you know your fairy tales?

Well, I don’t profess to know everything about fairy tales, but I certainly have worked up a nice list of questions that revolve around the whole fairy tale theme.

And not just the Disney fairy tale genre, though I have taken a few from Disney, but I went all over television and movies, as well as the original Grimm’s Fairy Tales.

But, I bet you’re wondering why I would do this? After all, what do you get out of it?

In honor of my new book Rescuing Rapunzel, I have two prize packs available for winners:

1. A beautiful necklace and earring set. (Green stones are very important between Rapunzel and Nick in Rescuing Rapunzel)

2. A lavender pedicure set  (Because Rapunzel loves to go barefoot…) 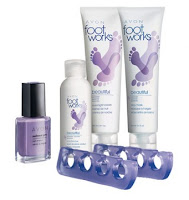 All I ask is that you do not post your answers in the comments, instead email them to me, along with your preference for which prize you would like. Here’s my email:  candice.gilmer (at) gmail.com (remove spaces of course) by midnight, EST, Monday, May 14th, 2012.


Now, onto the trivia:


Winners will be selected at random from all the correct answers
Good luck, and remember email your answers and prize preference to me at :
candice.gilmer (at) gmail.com (no spaces)
no later than
Midnight EST on Monday, May 14th
Thanks for playing!