I’m Just Not That Into…

But, alas, I’m not a big Lord of the Rings fan.

I don’t know why I don’t cross over to that, but I’ve never been able to get into it. Seems I’m the only one in my circle of friends who isn’t vibrating with need to go see The Hobbit.

Even my husband wants to go, and I’ve told him, get a date, go see it. (Not literally, of course, I mean with a friend… No, I do NOT let my husband date.) Even suggested taking our daughter with him to go see it. She’s ten, she’d probably love it. It’s right up her alley. 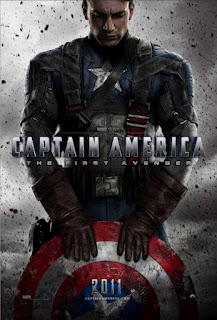 I can take about anything else, really. Space, time travel, paranormal, action adventure, all that, but I just can’t get into the idea of “Middle Earth” and elves and stuff. Logically, one would think, as much as I like fairy tales and such that I would enjoy it, but nope.

I think I was scarred as a kid by that Hobbit cartoon that came out when I was a kid. One of the first movies I ever thought was dumb. It ruined all Middle Earth tales for me.

So while the rest of the world is buzzing about The Hobbit, I’m over here going “And when does Captain America 2 come out???”
(2014, according to IMDB)

I don’t know what it is about me, but I just never got into the whole idea of Middle Earth. I know, I know, I’m just a little crazy, but hey, what are you going to do, right? I gotta not like something.

Middle Earth is one, and the other is  I couldn’t stand Tom Cruise when everyone LOVED Tom Cruise. (Still don’t, but now his crazy’s showing, so I don’t get blasted quite as bad as I did ten years ago.) Oh, and my other “un-favorite” is Jennifer Aniston. Of course, I wasn’t a Friends fan, either, so I never got why everyone thought she was so awesome. I’ve only actually liked her in one movie, and that was “He’s Just Not That Into You.” And I think that had a lot more to do with the fact that Ben Affleck made her “story” in the movie that much better.

Will I turn away from a movie if one of these people are in it? Maybe, maybe not.. Depends on how much I want to know the story, because, let’s face it, the story’s what’s important, not who plays the characters.