Indecision… I have it. I think. 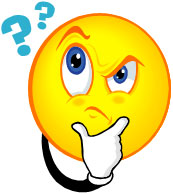 I posted a little while back that I was at the end, ready to sign, seal and deliver the final book in the Guys and Godmothers series.

Well, currently, I’m working on Alternate Ending number FOUR for the book, because every time I think I have it done, I’m not happy with the way it ends.

It either needs more Ka-Pow, or more Emotion. Or something. Every time, it’s not quite right. Yet I’m having a hard time pulling it together in the end.

I’d like to say I don’t normally have problems with endings. I usually have a good idea what it’s going to be.

With this particular book, I’ve written four. Technically five, since the first version of the ending was in the outline, and it’s different than all the others. The current incantation, though I’m seeing some great potential for the emotional Ka-Pow I’ve been looking for.

Because I think the best emotional journeys for readers (at least for me) is when those last few pages, that last big emotional scene really hits you in the gut. Where you really think, all could still be lost, and they might not work this out…

That’s what I love.

And that’s what I want people to get. At least I hope so.

And what’s my gauge? How do I know the scene I’m writing will deliver that?  When I get choked up as I write it. Now, I know to some people that might sound stupid, because, hey, I’m the writer, so I should know what the characters are going to say.

But I really don’t. While I know what I “want” a scene to have in it, goal wise, what comes out of each character’s mouth, I really don’t control. I let it happen. It comes out (hopefully) as fluidly as normal conversation between people would. And the characters tend to surprise me. How they want to get their point across, well sometimes I don’t even know for sure.

I just know that sometimes a scene doesn’t work.

And when it does, boy howdy, it’s great.