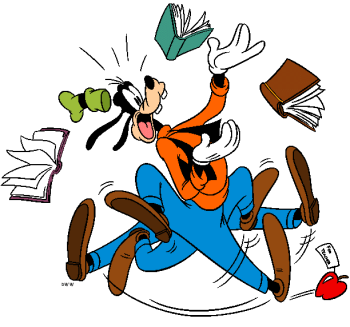 I get told a lot that my books are funny.

Yeah, I guess they probably are.

I don’t sit down with the intent of writing a funny scene or a funny book. They just come out that way. Probably because I live a generally funny life.

Kristan Higgins and Jill Shalvis talk all the time on their facebook pages about the funny/silly things that happen in their lives all the time. From their own clumsiness to just funny circumstances that only seem to happen to them, you can see how they channel that into their books.

To be able to poke fun at yourself, with that “This would only happen to me” mentality, as well as being mature enough to laugh at yourself when the unbelievable happens, that’s a special gift. I can’t say for sure that fifteen years ago, if something mortifying happened to me, I would have hidden in my bedroom with the blankets over my head until it went away, but it’s very likely that’s exactly what I would have done. Possibly even turn off the phone. For a week.

Mostly, I roll my eyes, laugh it off, and move on. After all, I got kids, a husband, and a house. Funny and/or ridiculous things happen to me every single day.

Like only I could proudly paint a wall, and while touching it up two days later, rip two holes back in the pretty much perfect wall, resulting in Spackle and primer and paint.

Or fall off my office chair.

Or break my storage shelves because I moved them six inches.

So, do I have a lot in common with Ms Higgins and Ms Shalvis? Probably more than any of us would like to admit. (Though we have not met to compare notes, but someday, I’m sure it’ll happen.)

So when I write my books, I write about those funny things, whether I mean to or not, the stuff comes out, and makes these scenes that I fall in absolute love with, for no other reason than it’s just funny.

Here’s one of my favorites from Fantasy Girl, my first novel, about a fan fiction writer who’s being stalked through the internet by a serial killer:

“You have got to be kidding me.” I cried out as I kicked my rear driver’s-side tire. The thing was flatter than a pancake. A slew of cuss words slipped out of my mouth, rivaling the best sailors.
“Lynn?” came a voice from behind me.
“What?” I spun around to glare at the one and only Jack Edwards. Damn my luck. And didn’t it beat all, that a week after meeting him, I was still getting all gooey inside just looking at him.
I seriously needed some help. Professional help.
“Uh, need some help?” he asked with a brow raised, framing his rather amused expression.
“No, thank you,” I snapped, glaring down at the terrible tire. Anything to keep from looking at Jack. “I am perfectly capable of changing my own tire.” I opened the trunk, and tried to pull my tire out. Which really, it wasn’t that heavy. It was a spare…
And it landed with a thud, flat as well.
“Shit.”
Jack hid a smirk behind his hand. “Sure you don’t need anything?”
“I’m fine,” I said a bit too loudly.
“Sure you are.” He sashayed up next to me, and yes, it was a sashay, he was far too damn smug for his good looks. Damn me for getting all girly inside at the sight of him coming over to rescue my damsel in distress.
Then he became the ultimate man.
He picked up the flat spare, looked at it, and said “Yep, it’s flat.”
“What are you, a rocket scientist in your spare time?”
“Only on the weekends.”
I stuck my tongue out at him. Yep, I’m mature. Really.
Then Jack started rooting around in my trunk, pulling out the jack.
“What are you doing? I can’t put that flat spare on.” I put my hands on my hips and glared at him.
Jack positioned the lift under my car, and started raising the poor old Mazda that I drove. “But I can take you to get this tire fixed.” he popped off the hubcap and started on the bolts.
What an arrogant ass! What am I? Incapable of taking care of myself? I mean I can very easily change a tire. It’s not like it’s hard. ’Course, truth be told, I would call my dad, and have him come do it for me, because, well, he’s my dad, and he lives for this stuff.
“What if I don’t want you to? I’m perfectly capable,” I started to argue, but with amazing pit crew speed, Jack had the flat tire off my car before I could finish my sentence. I threw my arms up in the air in frustration.
“What?” Jack asked. “You know where there’s a place that can fix this?”
“There’s a Pep Boys or something like that around the corner,” I said letting out a sigh.
’Course, I really couldn’t help the part of me that was excited that the new guy was helping me get my tire fixed. He led me to a huge black Chevy Tahoe, immaculate inside and out. I couldn’t help whistling at the perfection of it and feeling like crap that Jack had to see my Mazda that seriously needed to be traded in for something else.
The stars must have aligned just right, because as Jack and I were climbing in, Tina Smith and several of her minions were leaving the building. Instantly her gaze locked on mine, and she shot daggers at me.
It took all my strength not to stick my tongue out at her.

Available in ebook and print from Samhain Publishing at Amazon, Barnes and Noble, and other fine retailers.